Most post summer, pre Christmas collections tend to be a bit 'meh' in the beauty world. Once big pan bronzers go out of style, it's a waiting game until Christmas for fun and exciting launches. However, Chanel this season, under new creative director Lucia Pica decided that this year was not going to be the case and launched 'Le Rouge #1' which hosts a range of lip, cheek, and my personal favourite... eye products themed around you guessed it, red. Reddish hues on the eyes aren't exactly a new thing, more niche brands such as Kat Von D and Anastacia Beverly Hills have had eye palettes which assume this colour palette for a while and I personally wear red eye shadow on an almost daily basis. However I think it's exciting that a mainstream brand such as Chanel have branched out and created something different! Yes the lipsticks and blush looked nice but I was truly taken with the eye products and picked up one of the cream shadows in 128 Rouge Brule and the quad in 268 Candeur et Experience. 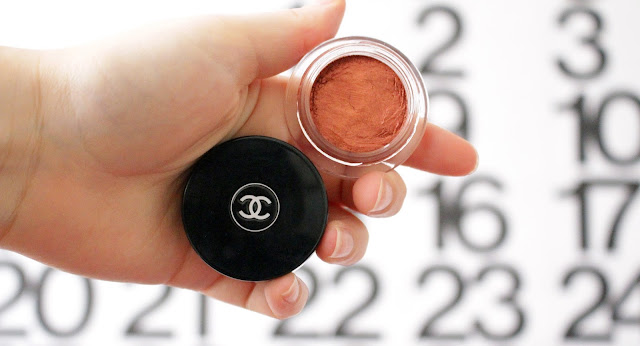 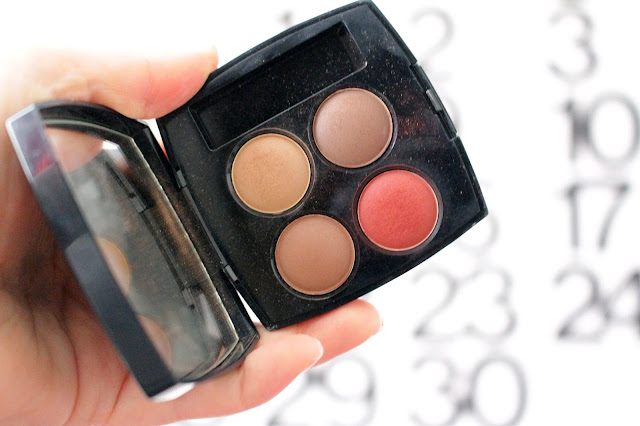 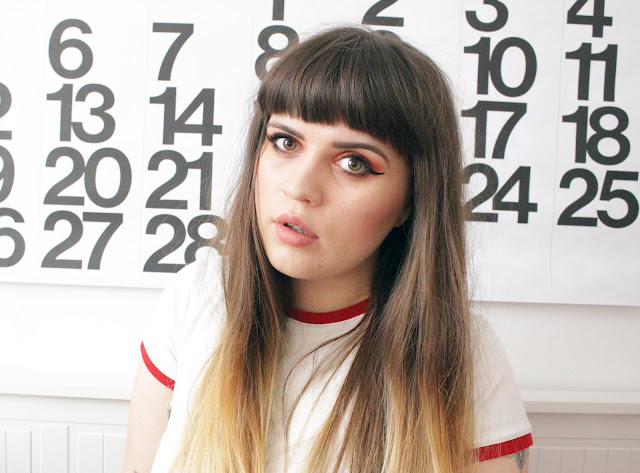 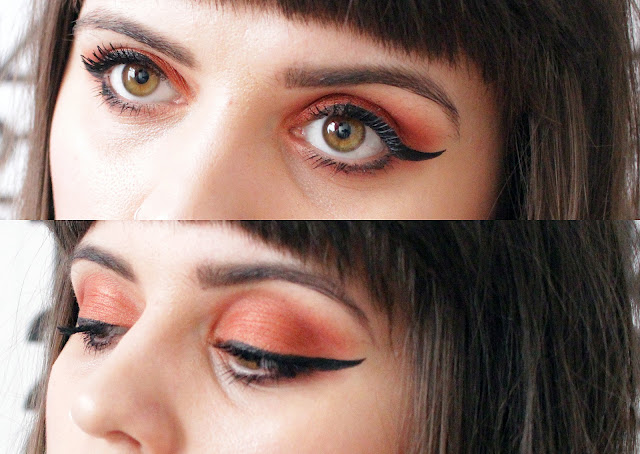 Would you like the good news or the bad news first? The illusion d'ombre is limited edition, so I'd nip down to a counter if you like the look of this one. This Les 4 Ombres however now has a permanent place in their line up and is actually their first all matte quad. This is actually both my first Illusion d'Ombre and Les 4 Ombres so I was an outsider heading into these formulas. The cream shadow's formula sits comfortably in between the harder Paint Pot offering from MAC and the more moussey Tom Ford shadows; it's almost bouncy to the touch and I think similar to ColourPop. With a little lid prep i.e a little primer and powder this stays put and as pigmented as when you applied it, however I found solely on it's own, it does fade throughout the day. Although it does serve well as a base to layer shadows on top of too - so basically great when layered, however you desire to layer it. The reason I was so drawn to this particular shadow is that although it could sit in the copper family, and let's face it there are a bunch of copper cream shadows on the market, this one is such a unique colour and definitely has a more red base as opposed to a gold one. I just think it's unlike anything I've seen or that is in my collection and when I wish to jazz up my typically all matte eye shadow look, I turn to this. Speaking of an all matte ensemble, I was a little dubious about picking up the £40 eyeshadow quad. I'd heard murmurs that the shadows from Chanel didn't live up to the tenner each price tag but with a collection like this, which was pretty much made for me, I thought it was time I tried the shadows out for myself. The formula itself I actually quite like, they're both pigmented and easy to blend, and if a red shadow is difficult to blend you start entering 'punched in the eye' territory , which personally I try to avoid looking like my Friday night ended in fisticuffs - so I'm glad this lets me look like I meant to put it there. I do have a slight gripe with the shade selection if I'm being picky; the red and more tan colour, bloody perfect - you can stay, however I don't think there's enough difference between both the brown shades and would rather a more bone, creamy shade to use as a highlight. Most my palettes which have matte red shades in are on the larger side of things so I do really like this for popping in my make-up bag and if I'm on the go. Is it worth mentioning that they both came with applicators? I'm going to be honest I haven't used them, have no idea where they are (wherever you are, I hope you're happy - sponge tip applicators of the world.) but the cream shadows does apply beautifully with your finger.

Overall, I'm very happy with this collection - it's something different whilst still slotting into 'autumn appropriate'. The products are of a good quality and I find myself reaching for them time and time again. It's a shame the cream shadow isn't being added to the core line but the quad is definitely one to put on the Christmas list (the dreaded C-word - I know). I think Lucia Pica knocked it out of the park with her first collection and I'm excited to see their Christmas launch and fingers crossed Le Rouge #2. Alice/Bristol/24
Hello, and welcome to my wee blog. I like to chat about beauty, fashion and a few other bits & bobs. Come along for the ride - I've kept your seat warm.